Short Description of VAT in Bangladesh

Value Added Tax (VAT) in Bangladesh, is one of the most important sources of tax revenue in Bangladesh, since its introduction on 02 June 1991. Today VAT is a key source of Govt. revenue in over 179 countries. More than 4 billion people, 75% of the world’s population, now live in countries with a VAT system, and it raises more than 19 trillion dollars in tax revenue.

The importance of VAT is also increasing in developing and transition economies because of its effectiveness in mobilizing local resources. The basic advantages of VAT can be stated as its neutrality, transparency, certainty, and self-policing mechanism.

The basic idea of Value Added Tax (VAT) appears to have originated with a German businessman, Von Siemens writing in the 1920s. There were other developments in the 1920s, including the suggestion of the invoice-credit method by Adams (1920).

Early proposals to introduce VAT were made in France in the 1920s and by the Shoup Mission to Japan in 1949. Taking the definition used, the VAT first appeared in France in 1948, this tax, which initially applied up to the manufacturing stage and gave no credit for tax on capital goods, was converted to a Consumption type VAT by 1954 partially replacing its own Turnover Tax system. This was the first introduced modern VAT in the world by ‘Maurice Laure’, a Joint Director of Tax in France.

It the introduced VAT at Bangladesh in 1991

Value Added Tax (VAT) in Bangladesh. With the narrow base and regressive nature, the major domestic revenue sources Income tax and Excise system were unable to mobilize the increasing need for revenue for the Govt. and the development of the country.

To increase revenue every year NBR used to enhance the rate of duties & taxes and the incidence of tax on tax (cascading effect) was hampering productions and trades.

Before the introduction of VAT in Bangladesh, the coverage of Excise duty was limited to some goods & few services at only the manufacturing and service rendering level. It was a major source of domestic revenue, the share was 28% of NBR revenue. The share of Income Tax was only 11% and Customs was 61%. 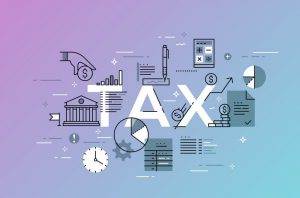 At the time of introduction, the VAT system was introduced only at the import stage, manufacturing stage and service rendering stage only, trade level was not covered. But now it is extended to all levels with wholesale and retails.

Later on Electricity duty, Advertisement tax and Guest Control fees were merged to the VAT system for better service and revenue realization.

Value Added Tax (VAT) in Bangladesh. VAT system under The Value Added Tax Act, 1991 was going on with some Excise features and to some extent distorted in comparison to standard universal VAT practices.

Bangladesh Awami League-led coalition Govt. decided to change the Law and introduce new Law which will be compatible with modern universal practices under the automated system and also capable to increase more revenue.

Accordingly, Law was drafted in 2009 & 2010 and finally passed in the August Parliament and then published in the Bangladesh Gazette on 10 December 2012.

Several times it has failed to introduce the new Law for opposition from the trade bodies. Finally, after many discussions and changes in the Law, it was introduced on 01st July 2019 (a portion on 13 June 2019) which is again distorted in comparison to the universal standard practices.

Officially Value Added Tax (VAT), Goods and Services Tax (GST) and Sales Tax (ST), these three similar tax systems are functioning worldwide. But the internal system or mechanism or engine is the same, though technically there are some differences.