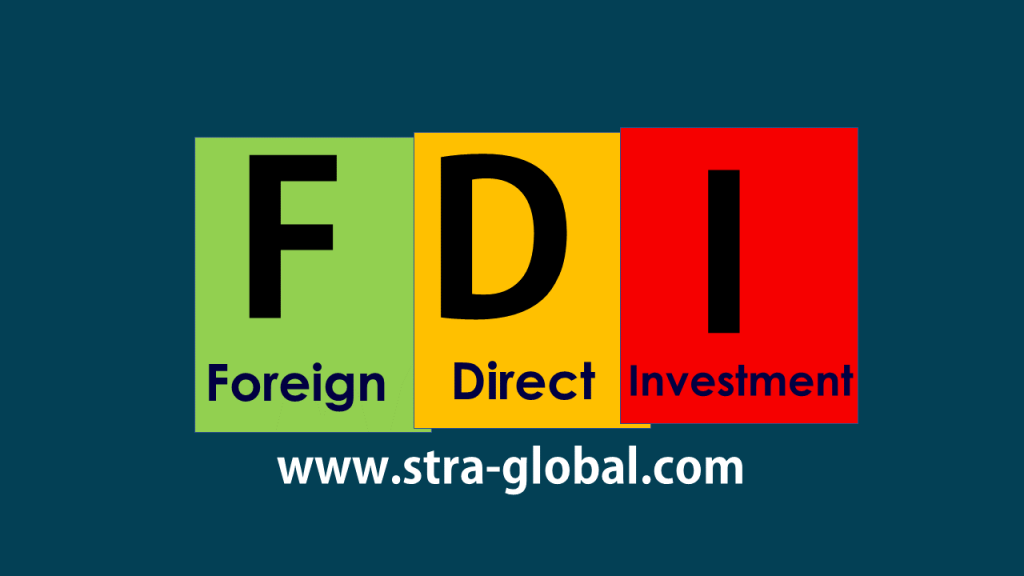 FOREIGN INVESTMENT OPPORTUNITIES IN BANGLADESH. Bangladesh is now trying to establish itself as the next rising star in South Asia for foreign investment. The government has implemented a number of policy reforms designed to create a more open and competitive climate for private investment, both foreign and local.

The country has a genuinely democratic system of government and enjoys political stability seen as a ‘sine qua non for ensuring a favorable climate for investment and sustained development.

Bangladesh has been quick to undertake major restructuring for establishing a market economy, with the major thrust coming from the private sector. The country enjoys modest but steady economic growth. Its current development strategy is based on the premise that the creation and distribution of wealth occur through the acceleration of growth driven by competitive market forces, with the government facilitating growth and making a clean break from the practices of a controlled economy where private investment is constrained. The government has been gradually withdrawing its involvement in industrial and infrastructure sectors and promoting private sector participation.

The government has moved speedily to translate its policy pronouncements into specific reforms. It has been consistently pursuing an open-door investment policy and playing a catalytic rather than a regulatory role.

Regulatory controls and constraints have been reduced to a minimum. The government has steadily liberalized its trade regime. Significant progress has been achieved in reducing non-tariff restrictions on trade, rationalizing tariff rates, and improving export incentives. The introduction of VAT has helped the rationalization of the import tariff and domestic tax structures. The tariff structure and the import policy are kept under constant review to identify areas where further improvements are needed.

On the legal and administrative front, the government has initiated measures to give greater autonomy and independence to the judiciary – a pre-requisite, as viewed by investors, for the restoration of confidence in the judicial system.

A permanent Law Reform Commission has already been set up to ensure greater transparency and predictability in the way rules and regulations are made and implemented.

Motivated by the simple realization that state-owned enterprises are a drain on their scarce resources and that these are generally inefficient, costly, and slow in responding to changing markets and consumer desires, the country has embarked on a privatization program, offering substantial opportunities for international investors.

Foreign investment is also desired in high-technology products which will help import substitution or industries which will be labor-, as well as technology-intensive.

From the inception of independence, Bangladesh has been at the center of economic investment incentives for many countries and institutional bodies of the world. With the passage of time Bangladesh reform its regulatory structure in regard to the FDI to open up a new avenue and to dislodge the compliances related to the FDI. But the effort of this structural progress has back warded by sudden and unexpected political influence and changes. The situation becomes worse one in the September attack on the US. During this period flow of FDI all over the world shrunk at a greater extent. Bangladesh had also been severely affected by unwanted changes in the world scenario. Before going for an in-depth analysis of the flow of FDI in Bangladesh we have the privilege to have a look at the regional and worldwide flow of FDI in the recent period.

Foreign Direct Investment (FDI) is the acquisition of managerial control by a citizen or corporation of a home nation over a corporation of some other host nation. Corporations that widely engage in FDI are called multinational companies, multinational enterprises, or transnational corporations. FDI traditionally implies the export of real capital from home to the host nation, but even when economic investment results from FDI, capital may not be transferred from the home nation to the host one. Rather, a multinational corporation may acquire/utilize real capital from local (or a third-nation) sources foreign capital” means capital invested in Bangladesh in any industrial undertaking by a citizen of any foreign country or by a company incorporated outside Bangladesh. In the form of foreign exchange, imported machinery, and equipment, or in such other form as the government may approve for the purpose of such investment; Bangladesh invites FDI for industrial growth, in the particular welcoming establishment of manufacturing firms and service sector enterprises that would sell their products within the country and also export outside it.

The necessity of FDI for a country:

FDI is no longer only a strategic option of corporations, it also plays a key role in the national economic development strategies. Various countries are attempting to attract foreign investors through a variety of measures, i.e. liberalization of the investment environment, fiscal reforms, and a package of incentive offers. FDI can transform a country’s economic scenario within the shortest possible time. It is not merely access to funding, but also provides transfer of technical know-how and management expertise. It is also a stabilizing factor in any economy. Normally the benefits accruable from FDI are inclusive of

(a) Transfer of technology to individual firms and technological spill-over to the wider economy,

(b) Increased productive efficiency due to competition from multinational subsidiaries

(c) Improvement in the quality of the factors of production including management in other firms,

(d) Benefits to the balance of payments through an inflow of investment funds,

(f) Increase in savings and investment and

Thus, foreign direct investment is viewed as a major stimulus to economic growth in developing countries. Its ability to deal with two major obstacles, namely, shortages of financial resources and technology and skills, has made it the center of attention for policy-makers in low-income countries in particular.

Private investment from overseas sources is welcome in all areas of the economy with the exemption of five industrial sectors (arms, production of nuclear energy, forest plantation and mechanized extraction within the bounds of reserved forests, security printing and minting, air transportation, and railways) reserved for the public sector. Such investments can be made either indecently or through the joint venture on mutually beneficial terms and conditions. In other words, 100% foreign direct investment as well as joint venture both with the local private sponsors and with the public sector is allowed. Foreign investment, however, is especially desired in the following categories:

–     Industries in the Export Processing Zones;

–     High technology products that will be either import-substitute or export-oriented;

–     Undertaking in which more diversified use of homespun natural resources is possible;

–     Basic industries are based mainly only on local raw materials;

Increase of production capacities of existing industries; and

Significance of foreign investment in Bangladesh:

The major incentives for foreign direct investment in Bangladesh are:

Manufacturing and other industries in the private sector, both local and foreign. The Board is a promotional organization dedicated to providing investment assistance to all investors.

The Board is headed by the prime minister and includes ministers and secretaries from the concerned ministries, as well as representatives from the private sector. The Board has launched an investment promotion drive at home and abroad to attract investors.

The BANGLADESH INVESTMENT DEVELOPMENT AUTHORITY (BIDA) has been assisting in the implementation of new projects as well as providing services.

Foreign Direct Investment (FDI) generates economic benefits to the recipient country through positive impacts on the real economy resulting from physical capital formation, transfer of technology, and increased domestic completion. Bangladesh stands to gain from these inflows provided it is able to allocate and manage these resources efficiently keeping in view the concomitant liabilities of profit and income payments. in the Bangladesh context, the recent surge in FDI in the energy and telecom sectors appears to have heavy import content with little impact on foreign exchange reserve accumulation. The concern that logically emerges is whether the real economy would be able to generate sufficient foreign exchange to finance the remittance of profits and income originating from foreign investment. Furthermore, the private sector has been incurring foreign debt obligations of short, medium, and long-term maturity to the tune of USD 60-70 million a year. These give rise to interest and principal payments in foreign exchange over and above the official debt obligations to bilateral and multilateral agencies.

A brief history of Bangladesh: 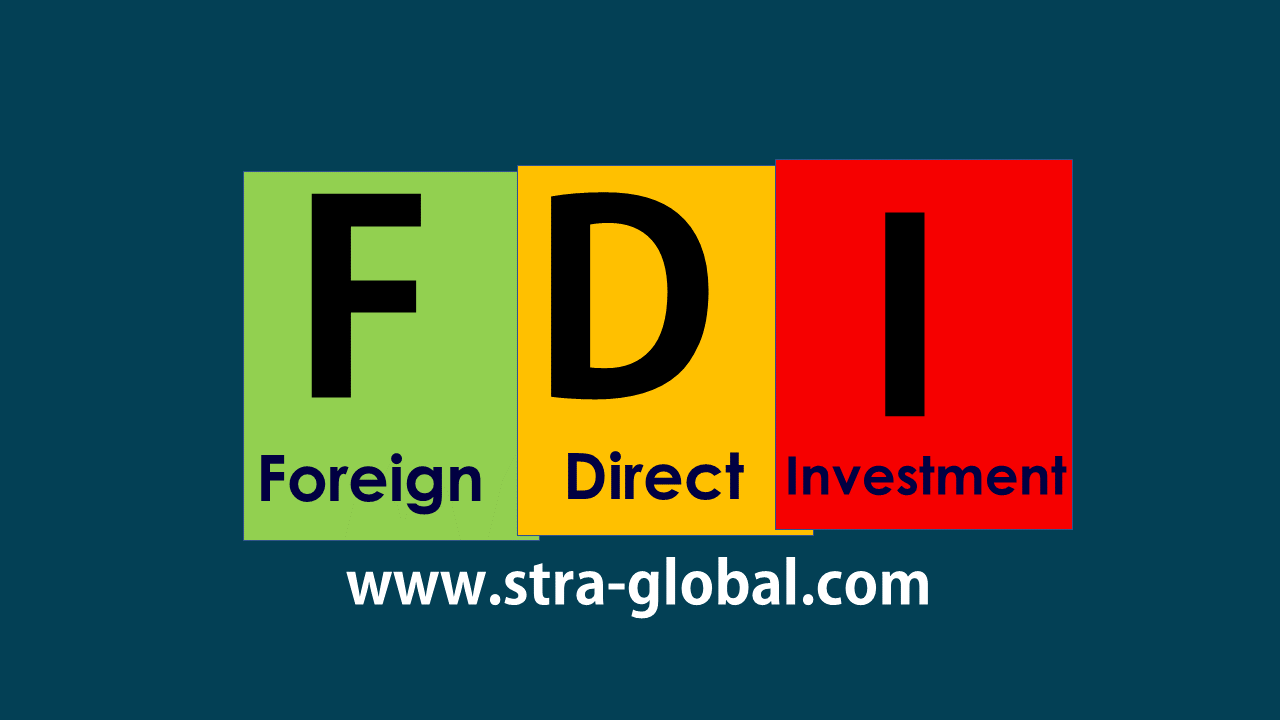 From the inception of independence, Bangladesh has been at the center of economic investment incentives for many countries and institutional bodies of the world. With the passage of time Bangladesh reform its regulatory structure in regard to the FDI to open up a new avenue and to dislodge the compliances related to the FDI. But the effort of this structural progress has back warded by sudden and unexpected political influence and changes. The situation becomes worse one in the September attack on the US. During this period flow of FDI all over the world shrunk to a greater extent. Bangladesh had also been severely affected by unwanted changes in the world scenario. Before going for an in-depth analysis of the status of Bangladesh different aspects are discussed. Bangladesh could be an attractive place for FDI. It is located between the growing markets of South Asia.

Besides, the most important tasks are to revive the rural economy so that the migration of rural people will come down because a country like Bangladesh has poor resources to meet the bargaining demand of the citizens already settled in the urban areas.

In order to entice investors, the government has put in place an extensive program of incentives, which include:

Business travelers may request visas with a year’s duration and multiple entries. Bangladesh issues the following categories of business visas:

Extensions for each type of visa are also permitted.

The Government of Bangladesh issued a circular on 18 April 2002 updating the provisions of the Landing Permit (LP) / Visa on Arrival (VOA) for travelers without a valid visa. Foreign investors and businesspersons could avail themselves of the LP/VOA from Shahjalal International Airport for 30 days at most under the following conditions:

The conditions of issuing LP/VOAs include the following:

Applicants should contact the Bangladesh mission in their own country.

All sectors of industry (except six) are open for private investment. The six sectors reserved for public investment only are: